Born With a Mask, Destined to be an SEO Superhero

As you follow the stories of the adventures of the Guardians of Main Street and learn how each SEO Superhero developed his or her SEO Superpowers, you might notice a few themes—things like lightning, coffee, and intervening to help people in dire situations brought out some of our SEO Superheroes special powers. This is not the case with Chadam. Chadam was born with a mask. For most raccoons, that's just "normal" and they go about living the life of on ordinary raccoon. But not Chadam. He found his way to the Semify office because, we believe, that he knew he was destined for greatness—destined to be a Superhero for Main Street businesses. Some force, perhaps his own intuition, led him to the offices of the Guardians of Main Street. Maybe all raccoons have the potential to be superheroes, but as far as we know, Chadam is the only one smart enough to figure it out. Maybe, in the depths of the long, frigid Rochester winter, Chadam was cold and hungry and just looking for food and a warm place to burrow. We believe otherwise. 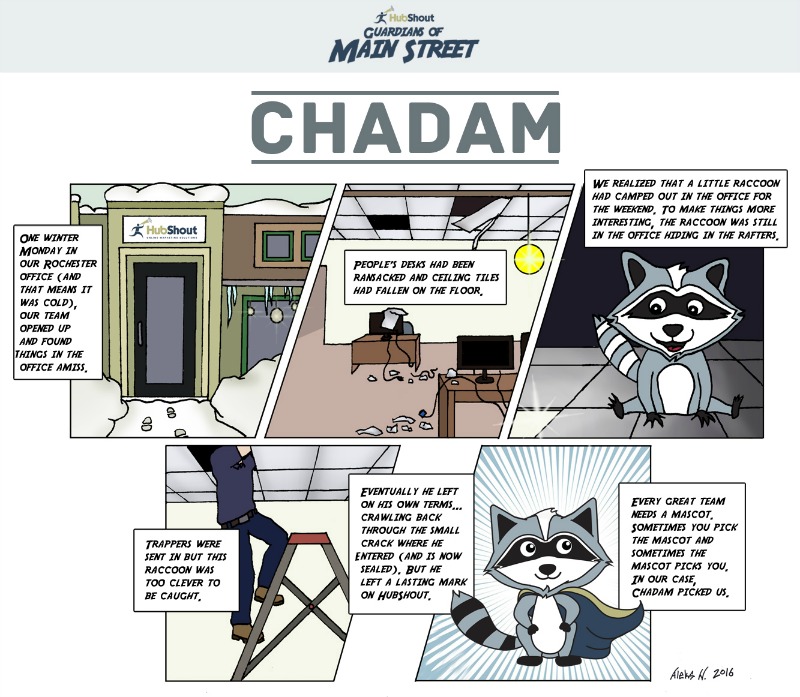 We believe that Chadam, our mascot, came to inspire us with his courage, ingenuity and determination to fight for what he believes in. He inspires every day to push the limits for main street businesses. He's here to support our white label SEO team and keep us going when going gets tough—which it often does because link-building is a tough job and the reason why so many SEO professionals outsource SEO to us! Even today, all these years after all of the Google updates and declarations that SEO is dead, studies show that links are still a major ranking factor. 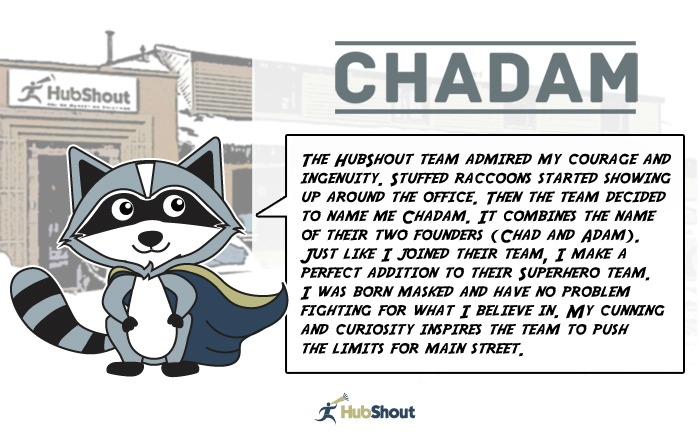 For a very long time, the little guy did not have a name. He was one of us, one of the Guardians of Main Street, but we didn't know what to call him. While he has many powers and abilities, he cannot speak. He couldn't tell us his SEO Superhero name. So we combined our founders' names, Chad (aka dotCom) + Adam (aka The Flash Drive) and came up with the name "Chadam." Adorable, right!?! 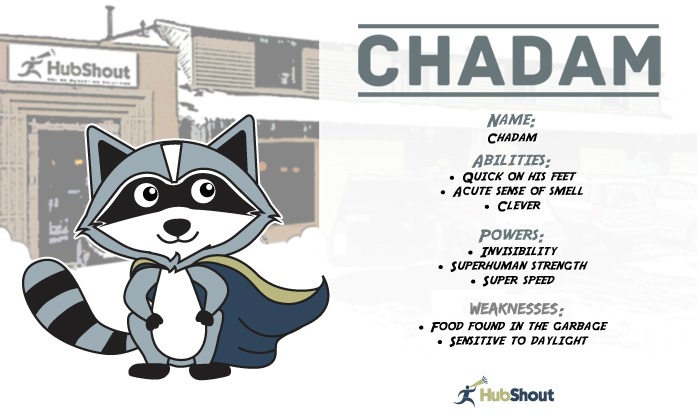