Does SEO Win or Lose with Removal of Right Sidebar Ads?

This update has been widely reported by the media and many agencies. While many people believe that the Google UI has kept their iconic interface the same over the years, the fact is that they have rolled out hundreds of tweaks to the UI and even the way ads and organic results are displayed.

The screenshots below compare a SERP for “criminal lawyer rockville, md” circa 2007 to the same search today. 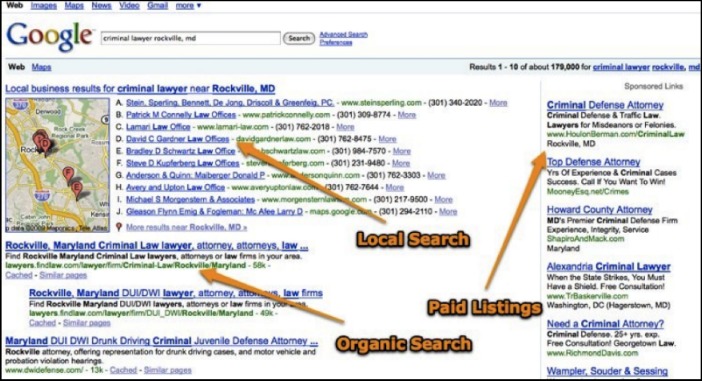 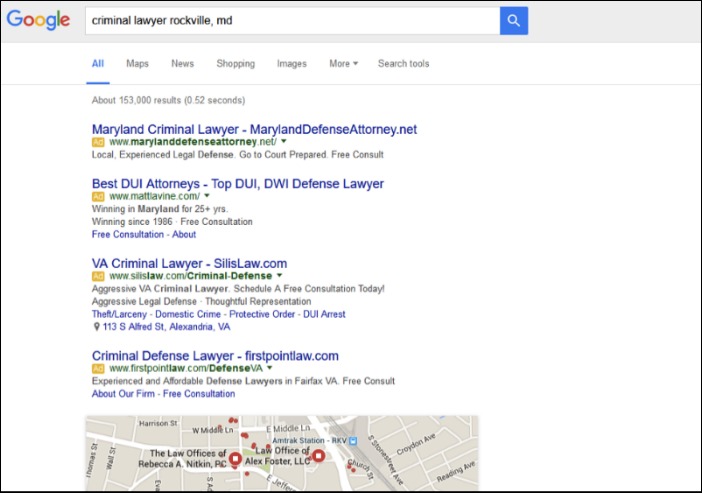 Screenshot from 3/1/2016 The screenshot from 2007 did not show any top ads which was unusual for the time but even if there had been top ads there would also have been one or possibly two organic results above the fold. The screenshot from today shows four ads at the top and the beginning of the map section. It is also interesting to note that some of the ads now receive six lines whereas they once had a maximum of three. The UI changes will impact two areas:

Now that there are fewer ad spots on the page, advertisers will need to increase their bids to get above the fold impressions. Other PPC experts have discussed that with the addition of the fourth ad spot and ads at the bottom of the page, the total inventory hasn’t drastically changed, but the lesson from mobile bidding is that you need to be in the top positions to get clicks. Agencies and individual firms will compete more for the top spots and increase CPC. When cost per click increases that also increases the real and perceived value of an organic ranking because the adwords auction sets the value of keyword. This will be explored more later. 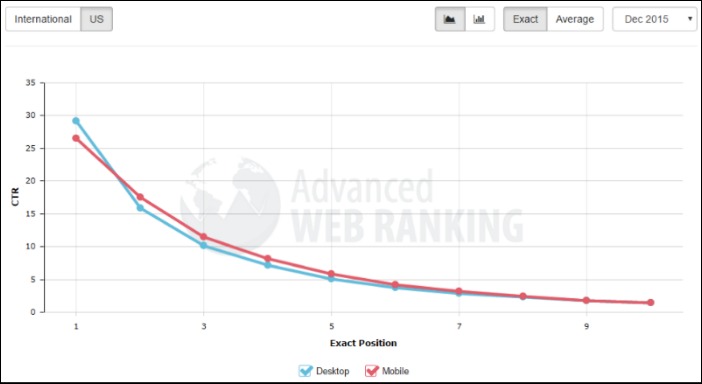 Source: Advancedwebranking.com/ctrstudy While the exact impact on CTR will unfold in the coming months, the chart above shows that results lower on the page have a lower CTR and therefore a new fourth ad slot will more than likely decrease the CTR of organic results.

If CTR goes down and CPC goes up, what will that mean for SEO? This question can be answered by the formula that many use to calculate the value of an organic ranking.
Monthly Organic Value = Monthly Volume x CTR of Position x Adwords CPC
The formula uses the cost of running an Adwords campaign as a proxy for the organic result. The Adwords keyword planner provides an estimated CPC (Cost Per Click) and monthly number of searches for a keyword. The CTR study above then provides an assumed CTR for that keyword. The product of the three values provides an estimate for the value of the position. In other words, an advertiser would be indifferent to paying a flat fee for that organic listing versus Adwords (even though there is no option to pay Google outright for an organic slot).

SEO is Here to Stay 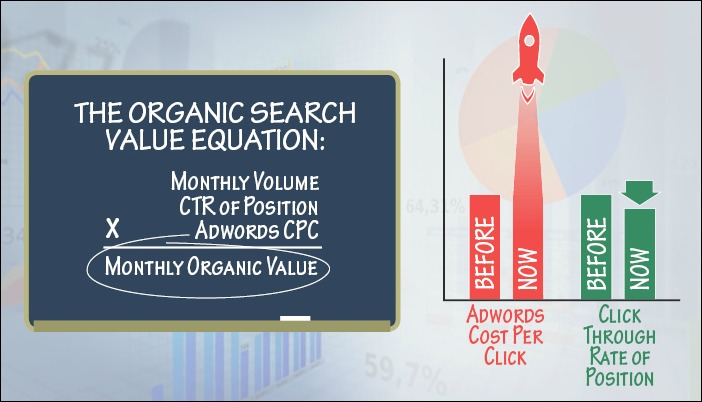 The exact changes to organic CTR and Adwords CPC are yet to unfold but our guess is that Adwords CPC will go up more than the drop in organic CTR. If that is the case, then the value of an organic position will actually increase. That will make people more willing to spend on the programs required to improve rankings. The increase in value of an organic position is also true for local SEO. More small businesses will seek ways to improve their rankings in the local 3-Pack.

While we are still a long way from a Google UI that is all ads, the most recent change by Google notches us one step closer. For people questioning the value of SEO, these most recent changes will only make the organic results more value to businesses. Here is what we see happening: