Google announced on Twitter today that they plan on rolling out a core algorithm update later today. This will be the second core update this year that Google has officially announced ahead of the rollout. They are calling this update the September 2019 Core Update.

Here is the official announcement from Google: 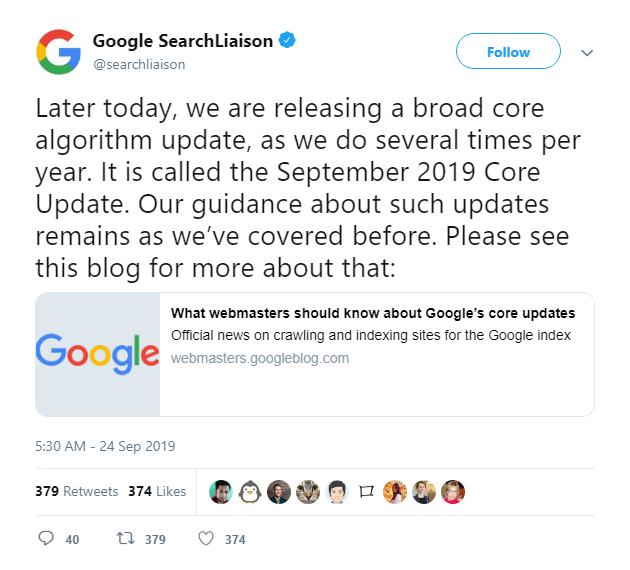 Google's search liaison, Danny Sullivan, said it would take a couple of days for the rollout of this Google algorithm update to be completed. 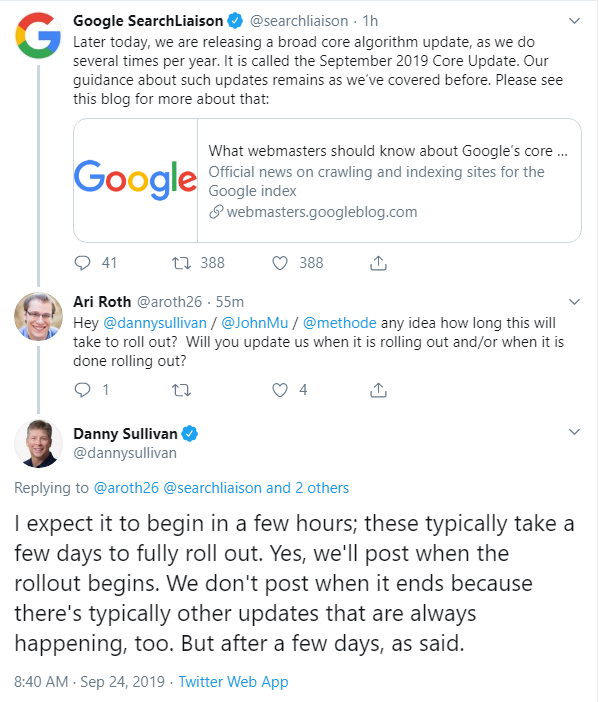 It is important for webmasters to observe how these algorithm updates affect their search rankings. It gives insight into how effective an SEO strategy is and if changes are needed.

We will update this blog as we learn more about the algo update.