How Will the End of Google Authorship Impact Search?

Hello and welcome to the Daily Brown Bag. Today we're going to be covering Google's recent end to Google authorship.

Good afternoon, Chad, and welcome to the Brown Bag.

The news here today, Chad, is that Google has announced that it is officially no longer showing Google authorship in the search results. A little bit of background on Google authorship, and I know we've talked about it quite a bit debating whether we should jump on the band wagon or whether this would be a fad.

This was a push from Google to give people who were less anonymous and who have more Google authority, a leg up in the results. They stated that they really wanted people with legitimate, authentic, and trusted Google authorship. They decided that these were trusted people to show in the search results higher up than other output.

This goes all the way back to June of 2011 where authors and webmasters were really encouraged to use specific technical mark-up codes. Specifically their relic was author and some other pieces and the tags there to identify that you were someone known to the Google algorithm.

It had a pretty good run there for about three years, a lot of discussion. People in the industry saying jump on the bandwagon. Some people saying you could abuse it. Others saying it was a good thing. Others saying it wasn't. Last year we saw some hints from Matt Cutts, particularly at PubCon saying they were reducing the impact of authorship by 15 percent to try to make the quality of their results better. He didn't say it, but he sort of did, saying it isn't working out as well as we want.

Earlier this year in June, the photos went away but it was still technically in the algorithm and now, I guess, they're pulling the plug. Chad, so why did Google ultimately pull the plug on Google authorship?

Adam, you're right. We did toy with this, and we recommend it. At first, we tried very hard to set this up for all of our clients, but we are in this business, and it was very complicated. This was very near rocket science the way Google had implemented this in terms of the checks and balances between making sure that the webmaster, the website, was linked to the right profile. Because, obviously, if they got it wrong, and in some cases there were examples where they did get it wrong, you could have some very angry people attributing content that they actually didn't write.

I think, obviously, it was very difficult, and many webmasters weren't using it. Now we're talk a lot about marketing and online marketing, and so a lot of people in our industry were using it. But as you went to other niches and other verticals, it just had very, very low adoption.

I think that also Google came out, and as you said, Adam, they tested removing the pictures and found that, actually, it didn't really change what people were cooking on a whole lot. So they said that maybe this was of limited value with these pictures. They removed those. And then as you said, it's kind of gone from there.

I think the big question is...I think that Barry Schwartz said, Search Engine, SE Roundtable, was saying that he thought that this might be another sign that Google Plus is dying. I'm not sure we want to go that far, but certainly had a part here.

In terms of what you should do now that its gone, you should...Some people have been talking about whether or not to remove the mark-up. Google came out in a webmaster's tools video and said you don't need to do that. That actually some of their websites may use the same, these tags that they requested that you add, so there's no reason to remove them. Other people say get rid of it. No reason to have it and clog up your code.

I think the big question that we're all left with those is what does this mean for what Google is trying to do which was to get rid of some of the anonymity of search. I think that Google's still is going to try to sort out what's real content from what's not. Obviously, that definition is debatable in and of itself, but they have they have their idea of what they're looking for, and they're going to try to find other ways to continue to put the best results at the top of the rankings.

I think the real trend here will be that Google will try other things. This won't be the first, certainly is not the first, will not be the last, experiment they make where they kind of dangle a carrot out there for webmasters willing to sort of follow in their lead. A great example right now is SSL. You know that's one that people...They're hanging a carrot out right now on that, and I'm sure that that will not be the last one like authorship.

That's where we stand, Adam, on Google authorship.

Another interesting one. And I guess you're right, Chad, in our six years in doing this we've seen a fair amount of these come and a fair amount of these go. I think people want guarantees and want to know they're going to invest time, and they're going to see a return. I think the bottom line is that's just not how things work in SEO. That's why we always have advocated a well balanced and diversified approach to your online marketing.

If topics like this make you frustrated, that might be your signal that you'd be better off in paid search where things are much more concrete.

That's our coverage of Google pulling the plug on Google authorship. We'd be interested in your comments. Please drop us a few. We also sincerely hope you'll subscribe, so we'll see you back here for another Daily Brown Bag real soon. 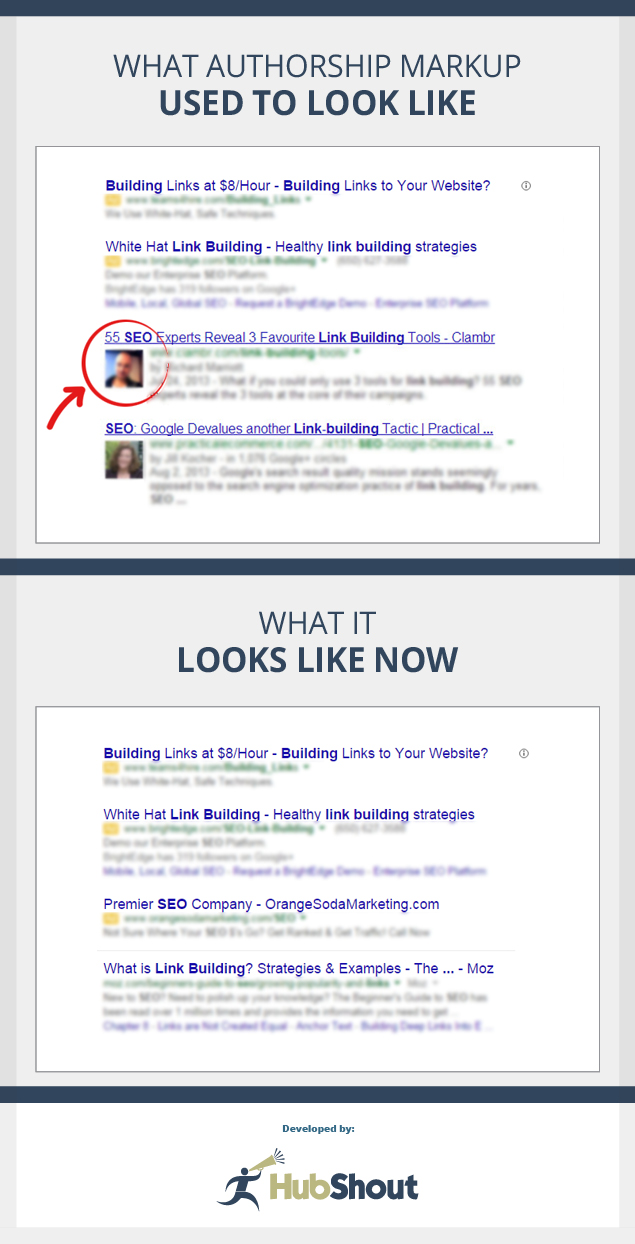