Hello, and welcome to our video today on Penguin Proof SEO Reseller Programs. I'm Chad Hill. And I have Adam Setzer here with me as well.

Hey, good afternoon, Chad. We're talking about our SEO Reseller Program in the wake of Penguin 2013. As most people who follow the search engine optimization industry know, Google launched a major algorithmic update last week. This was the Penguin 2.0. Some are calling it Penguin 4.0. We've been addressing it as Penguin 2013.

And it's always an exciting time when Google makes major changes. We've been writing about this, blogging about it, shooting videos for a number of months. I've had a number of posts on Search Engine Watch as well helping people try to get ready.

We want it now that it's been out for a week, Chad. Let's look into what Penguin 2013 means. And specifically, those shopping for an SEO reseller program, how to be asking the right questions and making sure, as much as is possible, you pick a Penguin Proof SEO Reseller Program.

Right. And I think the first thing to really to call out is that we're being a little tongue in cheek with the idea of saying that anything could be 100% Penguin proof because the reality of it is that anyone who says that is not being honest in that we don't know exactly what Google's algorithm does. We can look and study what results we're seeing with our clients, as well as things at Google-- people like Matt Cutts-- the representatives are saying. But no one's 100% Penguin proof.

But let's do talk about some of the stuff we do feel very confident about, and one of the questions you should be asking is-- and I always start the first one with are you creating real content for real users? And what I mean by that is this content that if you weren't going to, for example, try to syndicate or get publicity on another website, would you feel comfortable putting that on your website? I think that's a very important question to ask yourself to start when seeking an SEO Reseller Program.

That's a great one. And we've been talking about solid content marketing now for probably a year, Chad. And we really believe that an SEO Reseller Program used to be a fairly technical, one time type exercise has really evolved into more mature, integrated, marketing exercise where you're out trying to get publicity by giving away information for free.

It's interesting. People debate with us on Search Engine Watch and other outlets that that's really what a good SEO always was. But I think as you look down the list of SEO reseller programs, you could see many are still focused on tactics that were fairly successful two, three, four, five years ago in SEO but really don't pass the test of being high quality content marketing because for just the reasons you said, Chad. They're not focused on the end user.

So that's a great opener as you're shopping SEO reseller programs as the very first question. And you may have to ask it in a variety of different ways because they may say, sure. Yeah, that's what we're doing. But when you say, well let me see some content. Let me try to decide whether this was written for a person, whether it's helpful. Would I want to tweet it, would I want to share it? And I think that's where you start.

Right. And then, I think what you want to ask yourself-- some of the things to really look for when you're looking at an SEO reseller program are is the content that's being created, is it basically being used and spun multiple times?

And this is something that we feel very strongly that every piece of content and, for that matter, interesting information that we create should be something original and unique. It should not be done so that we can maximize the number of ways we can slice and dice it and turn one article into 30 articles. It needs to be done so that every piece of information you're creating is, in fact, original. And that's what we do. And you should ask other SEO reseller programs that same question.

Right. The idea that you can sort of commoditize the content creation process into an assembly line is very appealing from an efficiency standpoint. But it's exactly the opposite of what Google is telling you you should do.

And we've seen, again, with our client results, and studying the SEO trends, and the algorithm over the years that Google is slowly tightening down the weights and the devaluing of links from people who do that. That's just not what they want to see.

It's because it's not good for their end users. And so they're really promoting and supporting the firms that promote themselves by not just doing this as an assembly line but actually making something that people want to read.

Right. Another tactic you definitely want to stay away from that, again, you should ask about is when that content is being created, what are you doing with it each month? Because what we see a lot of, again, is that people will take a piece of content, and they'll take that same identical piece of content-- so maybe they get over the spinning. They're not spinning. 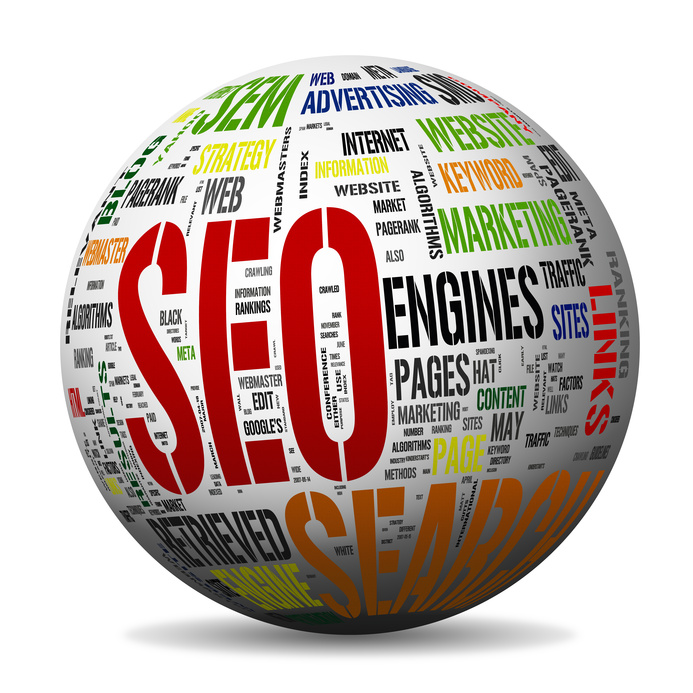 But they take that piece of content. And they'll put it on 20, 30 websites. And so it looks very good and appealing from a cost per link standpoint. But if you really understand what Google is doing, not only with Penguin, but with Panda where they're trying to find duplicate content and eliminate that from the index, you'd realize that you're sort of taking a risk of looking like you're doing something they don't want to do.

And they already have a catch so that it's not even going to count. So you're actually taking a risk that isn't even helping you. And that's really something that when you're talking about a Penguin proof SEO program or just a Panda proof one, you want to stay away from.

Right. And we're not making a value judgment here. None of these things we're talking about are illegal. So there's nothing inherently bad about people who are using those tactics.

And I don't even really love the word, spam, because I don't really want to speak to their intent. They have the same intent as everyone else. They want to help their clients rank because they want those businesses to do better.

But I think it comes down to, Chad, what you said, which is effectiveness and really being with a partner, an SEO Reseller Program in this case, who's going to be using tactics that are built for the long term so you just don't have to sweat these updates or be really worried about, oh boy, are we too close to the line or doing things that Google won't like. From my standpoint, it's not about values, and labels, and white hat, and black hat. It's really just about building a strong marketing strategy that will utilize this awesome channel of SEO for inbound marketing for the long haul.

Right. And I think the final thing to really think about, especially as you're looking for ways to, again, think about Penguin proof or at least using the information that we're getting about Penguin to readjust your strategy, is to really make sure that you're doing everything you can on your website. So we talked about some ideas on syndication because linking and even as much as people don't want to talk about linking, it ultimately is still a way of broadcasting your message, and getting some visibility, and some audience.

But turning back to your actual website, you want to make sure that you're doing everything you can to keep fresh, relevant, interesting information on your website, as well as creating that same content that you can use for syndicating off of your website. So on site is big. If you're not getting that done with your SEO reseller program, you need to be looking for someone who can help you with that.

And this is a tough one because everyone will say oh yeah, we're good at that. We update our blog all the time. We change our website frequently. We're paying attention to the technical details of the titles, and density, and everything else that need to. But the reality is when we audit that, Chad-- we see this across hundreds, if not thousands of customers-- they don't.

So you really-- this is a piece of tough advice. You're shopping for an SEO reseller program, you might be one of those people saying, oh, we got that covered. The reality is most don't. So you want to pick a partner who's actually going to push you in an appropriate way here with good workflow tools, with strong account management, with ticklers, and reminders in your system, and a systematic way to say, hey. I told you the website was deficient last month.

But you have responded. It's been four weeks. We really need to get this addressed. You want that kind of SEO Reseller Program partnership because that's what will get the work done and help your clients rank ultimately.