Why was Max Bid, The LongTail Keyword Boy sitting next to a vat of strange chemicals at work? Why did a bolt of lightning send him hurling into the vat of chemicals? Why, after almost choking on a cinnamon bun and surviving only because a quick-thinking co-worker performed the Heimlich on him, did he go back to his desk and eat another cinnamon bun? Who knows. What we do know, and all that really matters, is that after exposure to the chemicals and after nearly choking on the cinnamon bun, Max Bid found that he had developed amazing Keyword Research Super Powers. (Really, probably nothing to do with choking on a cinnamon bun and everything to do with the chemicals.) 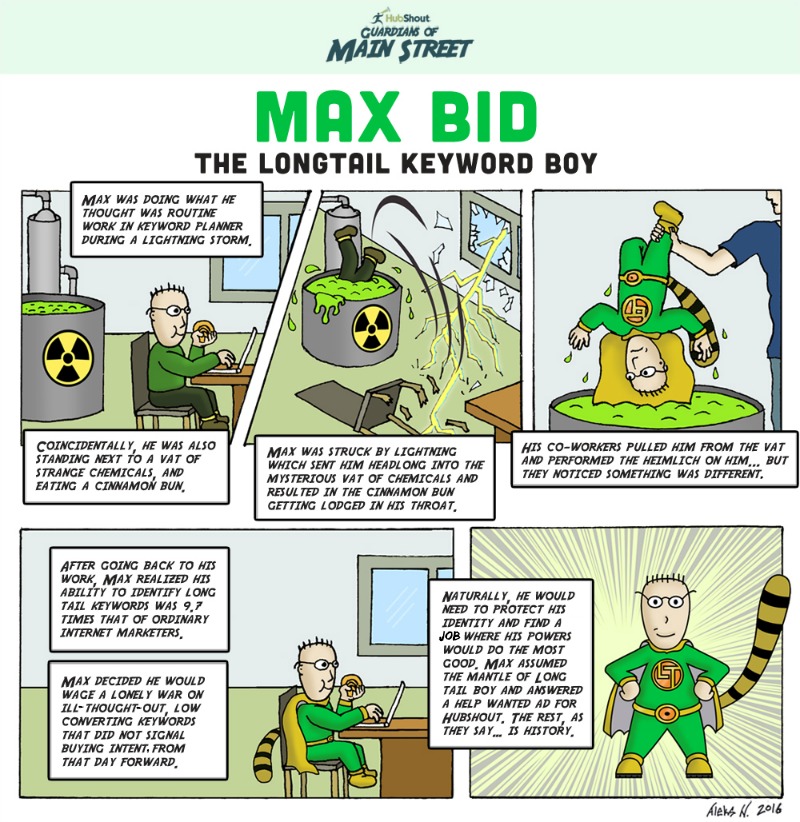 Soon after the "accident" that brought out his amazing keyword skills, Max Bid found the fledgling SEO Superheros, dotCom and The Flash Drive, and revealed his keyword superpowers to them. Though Max Bid didn't exactly "look the part" of SEO Superhero, dotCom and The Flash Drive recognized that Max was no ordinary internet marketer—that Max was indeed an SEO Superhero. That day, Max Bid, The LongTail Keyword Boy became a Guardian of Main Street. Max Bid is always inspired by his SEO reseller partners and their small business clients. One in particular made a huge impression on him. 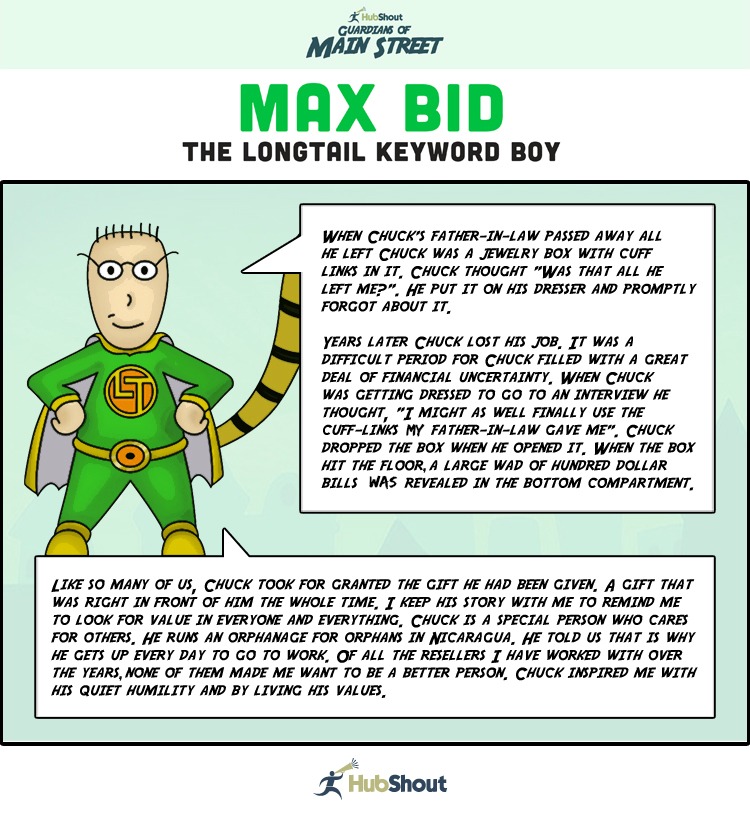 As far as anyone knows, Max Bid still enjoys the occasional cinnamon bun—occasional being the operative "keyword" because prolonged exposure to baked goods can wreak havoc on his Superpowers. 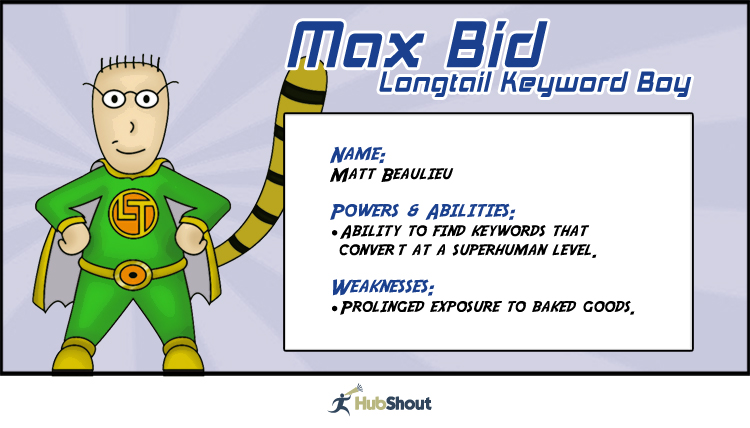