The combination of lightening or an electrical shock and some other dormant mutation seems to trigger the superpowers of many of our SEO Superheroes. dotCom = electrical shock. Max Bid the LongTail Keyword Boy = lightning. And now, Rohan. Rohan was just standing outside a grocery store, waiting for his wife, minding his own business, when ZAP! He was hit by a bolt of lightning. That could have been the end of Rohan, if not for the dormant mutation. The one from the MCIR gene. The lightening triggered the mutation and weird things began to happen to Rohan's eyes. But that's not what he noticed right away. What came to his attention right away - Feathers! He started to grow feathers! Orange ones. 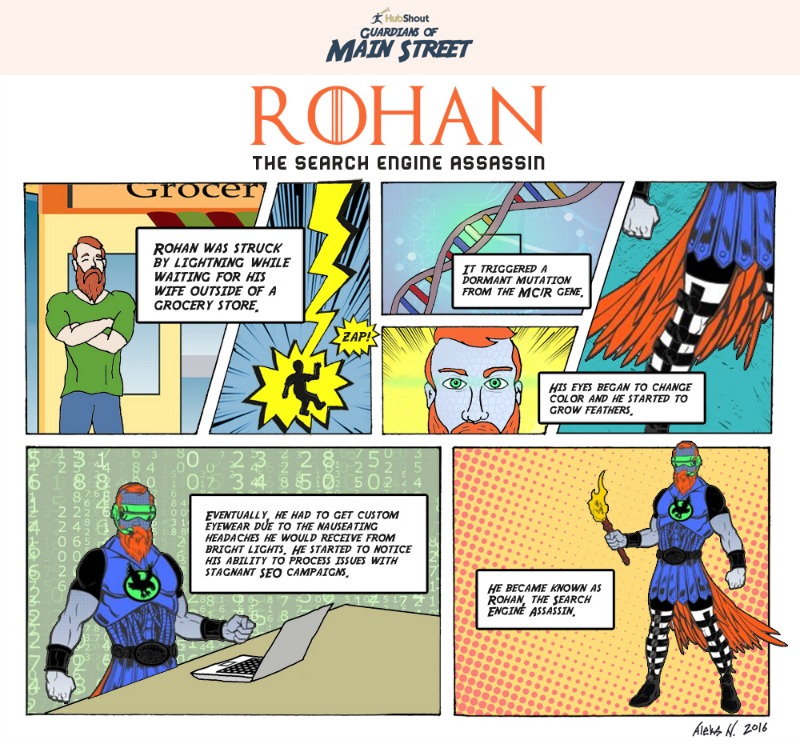 Imagine his wife's surprise when she emerged from the grocery store to find an SEO Superhero standing where she had left her husband. An SEO Superhero with glowing green eyes and orange tail feathers. Never mind that! What's important to know is that when Rohan got back to work on the SEO campaigns he managed, he could spot trouble instantaneously! The lightening strike and dormant mutation had made Rohan into a prodigious SEO campaign problem finder! And with the ability to immediately find a problem in a stagnant SEO campaign, he could fix it STAT! Rohan noticed one drawback to his new superpowers. SEO campaign problem finding and fixing gave him severe headaches, particularly when exposed to bright lights. Custom eyewear, that just happened to make him look super cool, fixed that situation. With his cool custom eyewear and orange tail feathers, Rohan may look unapproachable. But don't be fooled by appearances. Rohan is a big believer in collaboration. Every Friday, Rohan joins the other the Guardians of Main Street for a team meeting that "makes Semify a more enjoyable and productive place" and "produces great ideas and incredibly strong team unity." 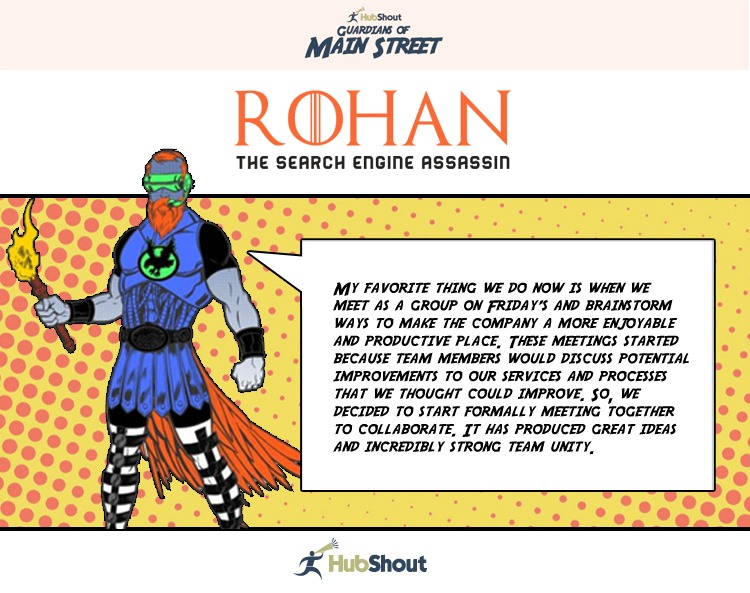 The only thing that has the potential to send Rohan into a tailspin is: Phone Calls. Truth be told, Rohan's Uber concentration is so strong that he can overcome any intrusion on his attention to his SEO Campaign. 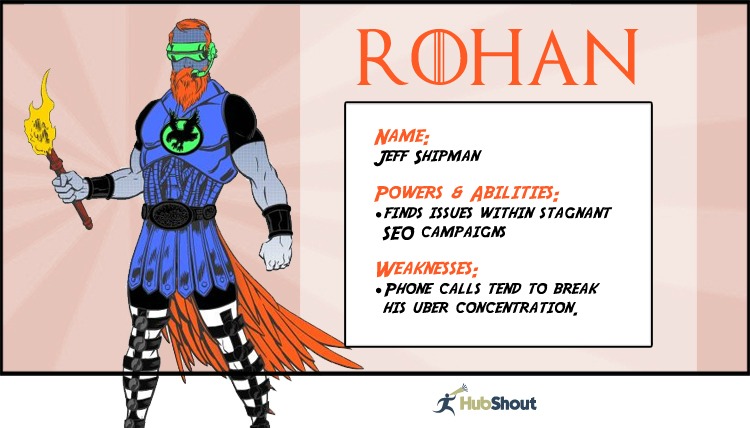