As a graffiti artist, young Slippy had no knowledge of internet marketing or SEO or anything to do with search rankings. His concern was the crime on the streets. He wanted to clean up Main Street and make it a place where people would feel safe. Late one evening, just after stocking up on a supply of spray paint, Slippy came upon a troubling scene: A helpless victim, hoodlums with a gun and the beginnings of a violent crime. Slippy knew that he had to do something but he felt unprepared to take on two bad actors with a gun. Then, it happened. He realized that somehow, he had become one with the night. He had blended right into the colors of the night. Now, armed with the element of surprise and a few cans of spray paint, Slippy knew he could diffuse a very dangerous situation. 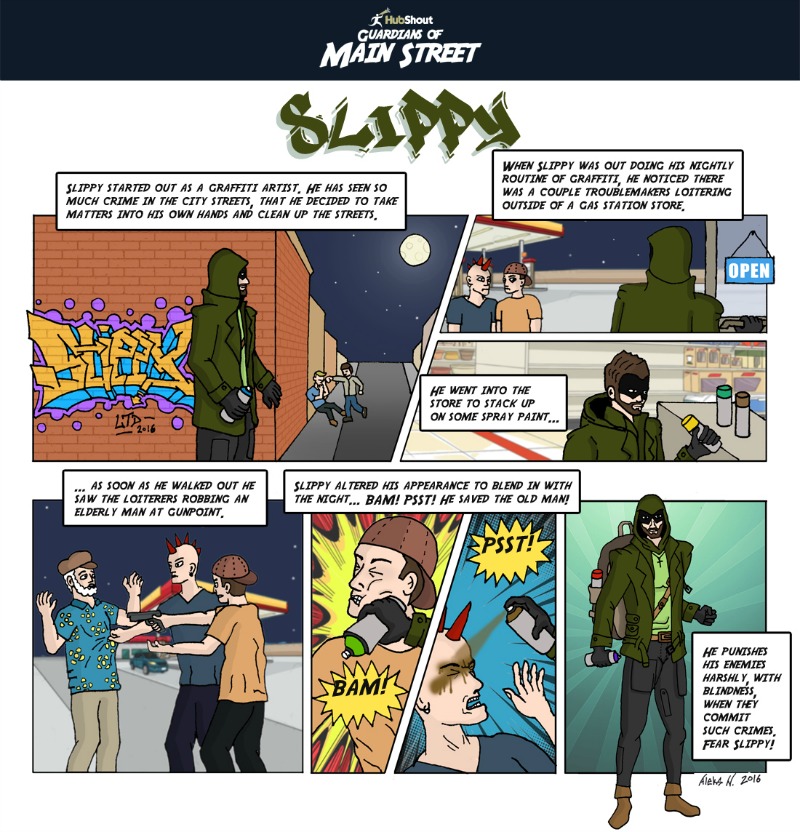 While Slippy was busy fighting crime and beautifying the city with his graffiti, he searched for something more. He wanted to do more for Main Street. And he needed to make a living! He discovered that could do both. He became aware that small businesses could use his creativity and artistic talents to bring attention to their websites that were struggling to get noticed. Semify jumped at the chance to hire such a great talent. And he was a natural fit for the Guardians of Main Street. After all, he'd been fighting criminals on Main Street for years. Surely he could defend small business clients against their larger competitors. When Slippy joined The Guardians of Main Street, amazing things started to happen. Steel Shadow, the defender of quality content, could not believe her good fortune! A SEO Superhero with an eye for design. A graffiti artist. A creative problem solver. A fast learner! Her imagination ran wild with ideas of what she could do now—now that she could call upon Slippy to create visual assets that would make content more sharable and linkable! SEO resellers also took notice. Semify grew like crazy in the year after Slippy began contributing his SEO Superhero talents. 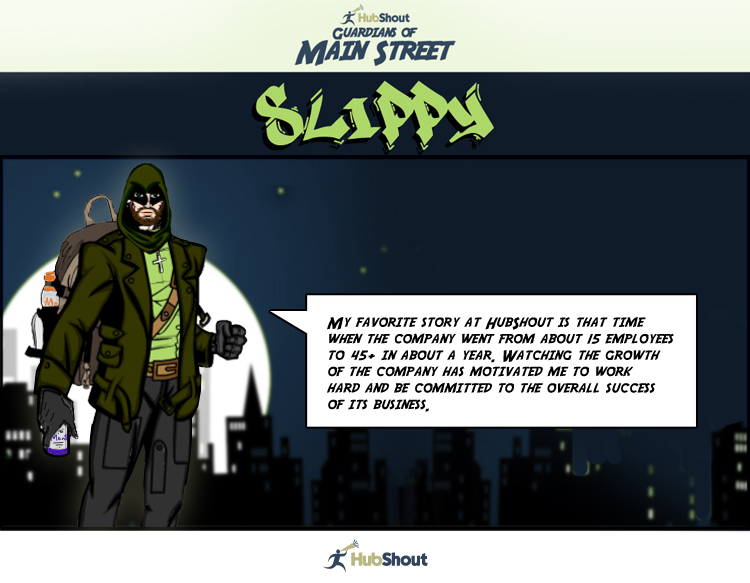 Perhaps it was only a coincidence that Slippy's superpowers kicked in after he came into contact with the cans of spray paint he purchased on that fateful night so many years ago. To this day, he keeps his backpack filled with cans of spray paint at all times...just in case. 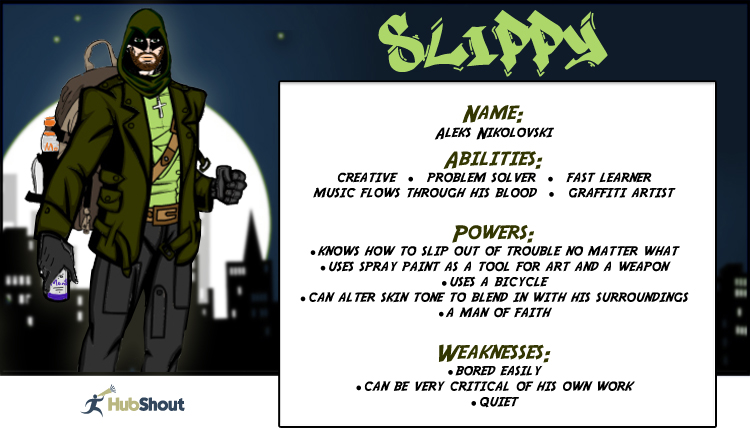