The Internet hive-mind exploded when it saw pictures of 19 year old, beatific cheerleader Kendall Jones hugging a jaguar’s limp, lifeless body, posing with a slain lion, and smiling beside a dead cape buffalo. As a result, animal rights activists created a petition, which was signed by more than 180,000 different people, begging Facebook to take the pictures down.

Days later, L’Oreal retracted a modeling offer they’d made to “the world’s most beautiful football fan” Axelle Despiegelaere, who rose to Internet fame when photos of her at the 2014 World Cup went viral. The break neck annulment came after other, less savory photos of her posing next to a dead Oryx antelope she’d shot erupted across the far reaches of cyberspace.

The madness didn't end there, though. Before the virtual dust could even settle, a man named Jay Branscomb posted a picture on Facebook that caused the Internet’s outrage to climax and then peter out.

In it, beloved director Steven Spielberg nonchalantly sits beside a fallen triceratops. In the caption, Branscomb wrote, “Disgraceful photo of recreational hunter happily posing next to a triceratops he just slaughtered. Please share so the world can name and shame this despicable man.” The image received more than 30,000 shares and over 10,000 comments. One user wrote, “Steven Spielberg, I’m disappointed in you. I’m not watching any of your movies again ANIMAL KILLER.”

Of course, Triceratops are extinct and have been -- by the last scientific measurement -- for 65 million years. Branscomb, an Internet humorist, had simply reposted a set-photo from Jurassic Park. 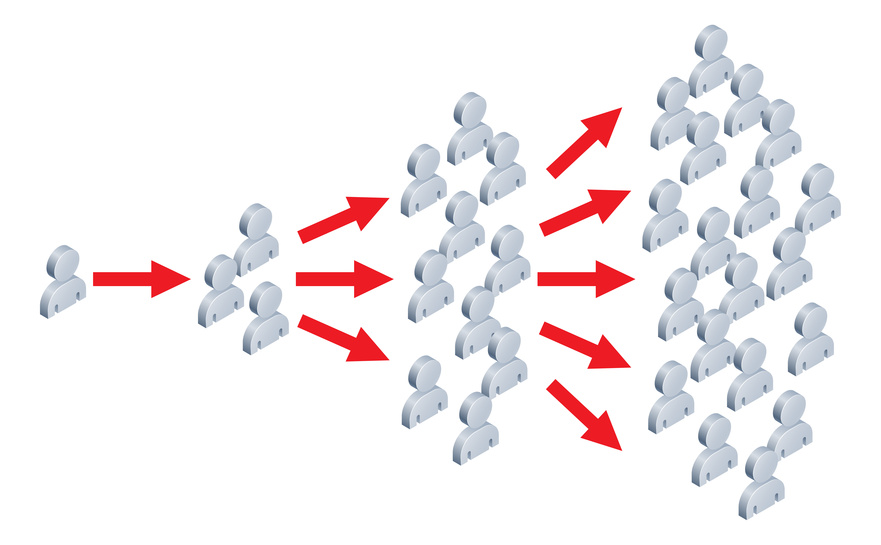 The thing is, this wasn't a one-off event. Branscomb wasn't the first troll to create a Facebook hoax. In 2014 alone, people believed that the U.S. federal government was going to raise the legal drinking age to 25, that President Barack Obama had removed “In God We Trust” from all U.S. legal tender, and that Justin Bieber had been diagnosed with cancer, which caused people to actually shave their heads in support of the pop star.

Such hoaxes are clear examples of a psychological phenomenon known as the False Authority Syndrome. This is when a person blindly believes something another person says about a subject that they have no authority on. It’s the times we believe someone who’d heard it through their friend’s uncle, or other.

Because there are just so many Facebook hoaxes and because thousands and thousands of people fall for them each time, it’s become clear just how powerful an influence Facebook has.

But why? How? Haven’t we all learned that you’re not supposed to believe everything you read online?

Of course, many have already been clued in to the potential effects of online marketing strategies that use Facebook. Studies have found that 47% of Americans claim that Facebook is the biggest influence on their purchases. What’s more, 43% of consumers are more likely to buy a product or service after learning about it on social media. In fact, the effects of online marketing and social media are so strong that 55% of salespeople have closed deals through social networking.

You see, because people often blindly believe what their friends and families’ post online -- as the prevalency of hoaxes show -- the effects of online marketing strategies that use the social network have a profound impact.

Basically, Facebook’s influence isn’t because these people are authorities, but simple because these people are trusted by their friends. According to Nielsen’s research on the effects of online marketing, 92% of people will trust their friends and families’ recommendations over all other forms of marketing, and 77% of consumers are more likely to buy a new product after hearing about it from a friend of family member.

After all, why would your friend repost her uncle’s status if it wasn’t true? According to similar research on the effects of online marketing from Market Force, social media posts of friends influenced 81% of U.S. online consumers’ purchasing decisions, whereas posts from brands only influenced 78% of people.

Facebook inadvertently gives users false authority, which is why the effects of online marketing are so profoundly powerful.

Beat poet Charles Bukowski once said that “the was the / weapon” at a time when it was as dangerous as a curved dagger. Now -- in the age of the Internet -- a lie can be as dangerous and effective as germ warfare, and may even kill a triceratops.