The Falconness, SEO Superhero and Ruthless Predator, Battles Enemies who Seek to Take Out Main Street

It was just another average, ordinary day in the life of Angelina Marie Hilton. Multi-tasking as usual. She was out for a run, helping to raise money and awareness to combat cancer while simultaneously planning her Personal Branding webinar, on a day that seemed like any other. Until she hit somewhere around the ten mile mark. She wasn't quite sure what it was that soared overhead. In fact, she wasn't really sure she saw anything at all. As she tried to figure out what was happening, the sun blinded her and then, splat! She was knocked to the pavement. When she came to her senses, it took a minute to understand that what had soared overhead, and what now had her in its claws, was a mighty falcon. A falcon that had her in the grip of its powerful claws and had no intentions of letting her go. "This is not going to end well," she thought. 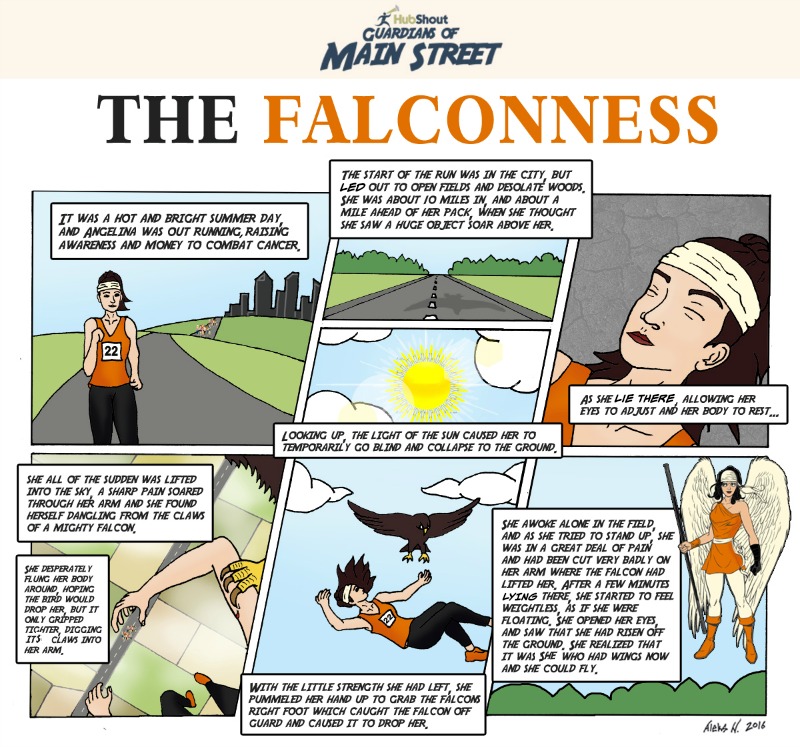 Despite the wounds from being hurled about by the huge falcon, and the sharp pain shooting through her left arm, Angelina realized that something good had come from the ordeal. She had wings. And she could fly. That was only part of it. Her powers went way beyond the ability to fly. She had always had excellent strategic planning skills and she'd always been pretty fast on her feet. But now, she had supremely acute eyesight and flash forward vision that could help her predict industry trends way before they become trends. Her thoughts turned to her job and her clients at Semify. She knew that she could use her new powers to help her SEO reseller partners and their small business clients. She also knew that now that she had transformed into The Falconness, finally, she could join the ranks of the Guardians of Main Street. She was now a full-fledged SEO Superhero. The Falconness is a big believer in breaking down walls and opening up the lines of communication with everyone at Semify, as well as the agencies that partner with Semify. An unhappy client will not stay unhappy for long when The Falconness is on the scene. She's a problem-solver and the solutions she dreams up are typically very creative, and at times, a little unusual. "HubSpeed Dating" for example: 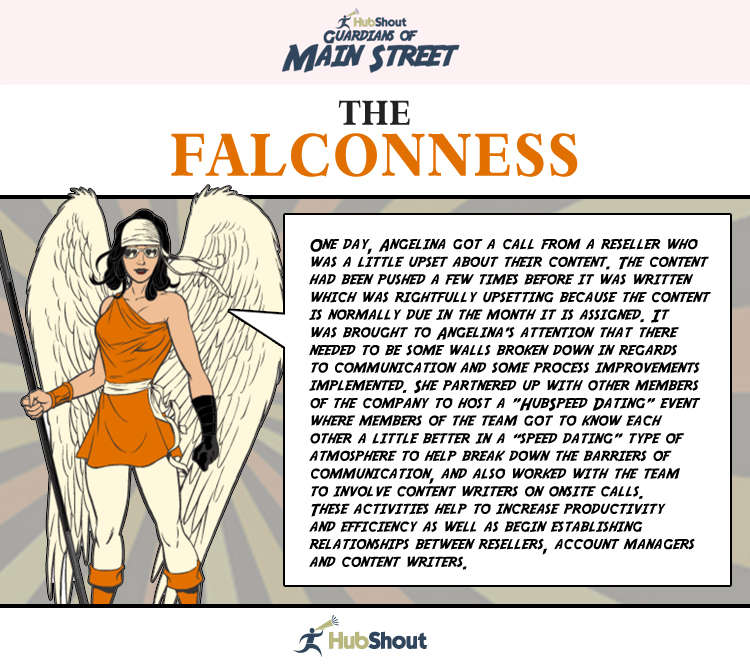 The Falconness is now even mightier than that falcon that abducted her on that fateful day. That's not to say that she doesn't have a weakness or two. She's highly allergic to dust and red dye which could cripple her if she ingests it. Other than that, she's got it all going on. 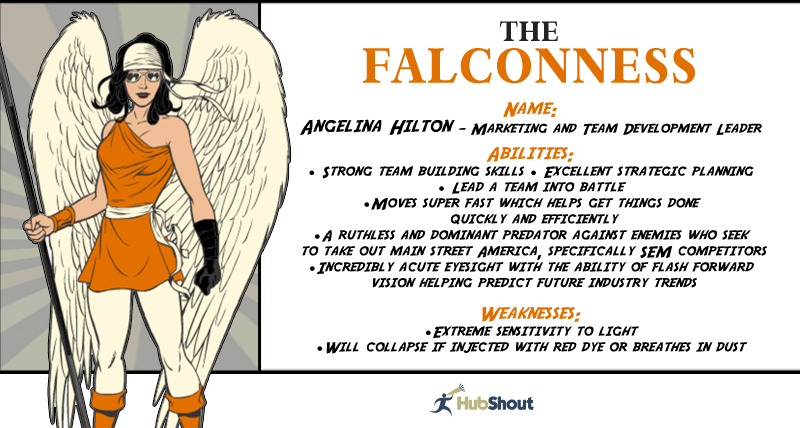