The Marketing Marauder has a Link Building LightSaber. Enough Said.

The link-building lightsaber is a big deal. You might say it's the very thing that earned Nick a spot on the elite Guardians of Main Street SEO Superhero squad. Sure, he had some talent, some skill, and plenty of potential before he met up with the mighty leader of the Guardians, dotCom. But after teaming up with dotCom, that potential was unleashed and great things began to happen. Once dotCom heard Nick's warning about a band of marauders who were out to take down Main Street, he knew that he needed this Marketing Marauder on the team of SEO Superheroes to stop the attack on Main Street businesses. Plus, he was pretty impressed by the lightsaber. dotCom had plans for the lightsaber. He had the power to make that bright blue burning beam of energy work for small Main Street businesses in a way that it would make them as powerful as the big corporations that had been holding them down for too long. dotCom bestowed link-building and cold email blasting powers upon the lightsaber and from that day forward, The Marketing Marauder joined the Guardians of Main Street in their quest to level the playing field for Main Street businesses. 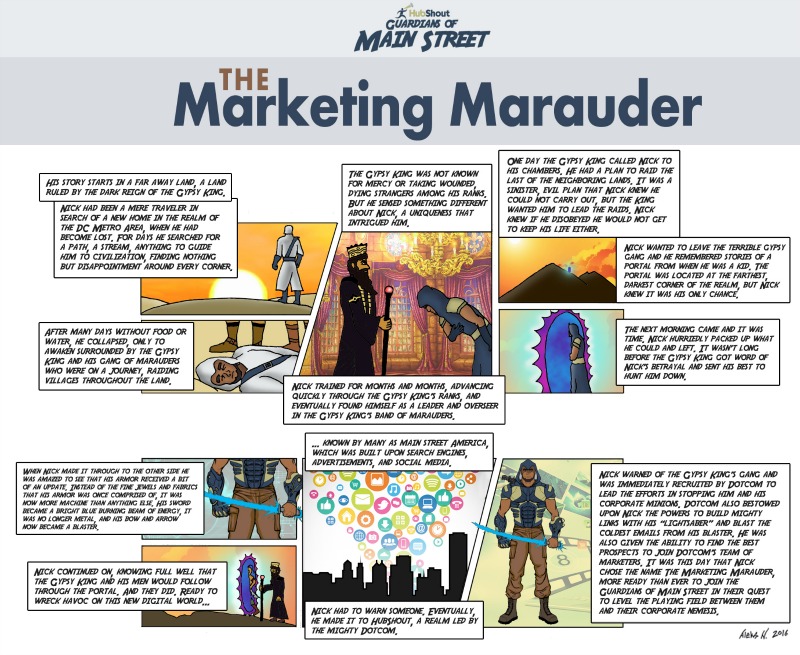 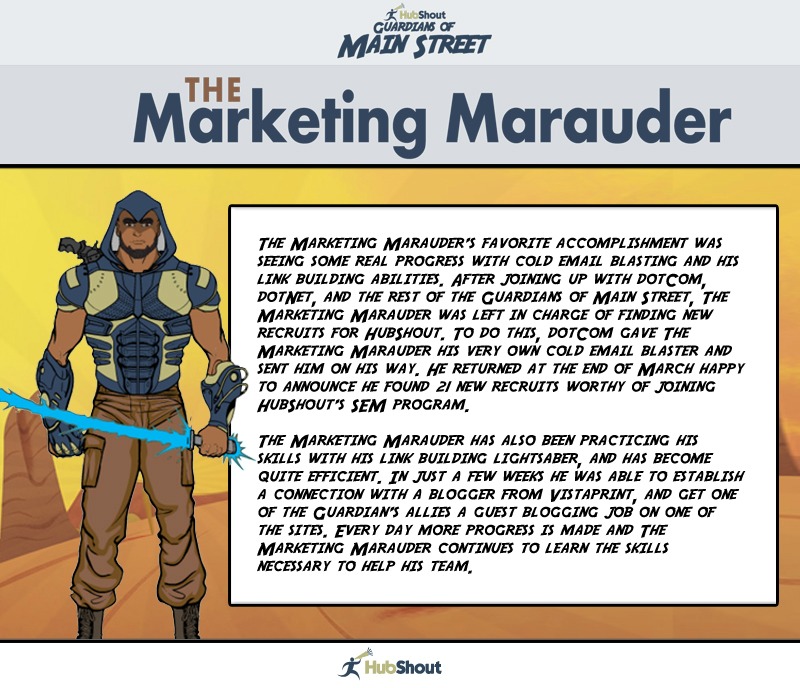 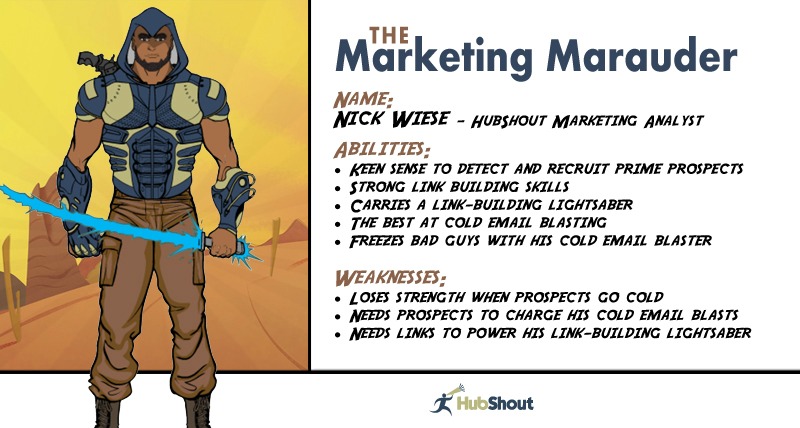 The Marketing Marauder has a natural instinct for all things digital marketing. He's found his niche with The Guardians of Main Street and in a short time, has proven himself worthy of being called SEO Superhero.