Two months into 2015, and the American brewing industry has already hit some rough patches -- making it the perfect subject of a pessimistic PR post. In my last post, my opinions were pretty clear regarding a certain person's social media decisions. But this time, it wasn't so easy for me to figure out who messed up the worst. So now I'm asking you to decide as you read: Which company made the biggest branding mistake, and why?


First off, Budweiser is still reeling from The Clydesdale Catastrophe of 2014, where everyone thought that the company’s marketing team was sending its iconic Clydesdales to the glue factory.


It ended up being a complete misunderstanding, but it still left a bad taste in consumers' mouths (possibly literally, depending on your opinion of Budweiser). I still stand by my claim that the company's use of a fluffy puppy was a brilliant advertising move back in the fall of 2014, and the recent 2015 Super Bowl commercial only makes my point very clear. And since we're in the middle of winter, and the air is very dry, and your eyes have likely dried out a bit too and could use some moisture, here you go:

Our MVPs are back. Watch our Super Bowl commercial again. #BestBuds #SB49 https://t.co/WFzoRBj2H5


Elysian Brewing Company Sells Its Fermented Soul to the Dark Side 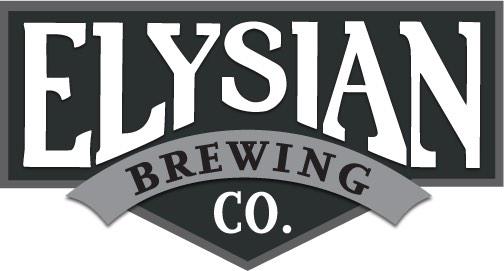 By “dark side,” I mean the brewing conglomeration known as Anheuser-Busch InBev (AB InBev). That’s right -- the same company that produces mainstream brewskis like Budweiser, Corona, and Busch has recently announced that it plans to purchase Seattle-based microbrewery Elysian Brewing Co.

Let’s clarify a few things first before looking at the larger implications of the purchase:

Here's what you need to know about Anheuser-Busch’s Master Plan:

AB InBev knows that it can't produce craft beers using any modification of its own name, or any spin-offs of "Budweiser,” “Michelob,” “Busch” … et cetera. So what can it do?


The plan is genius in the worst possible way. Microbreweries have a hard time saying “Nah we’re good” to Anheuser-Busch’s promise that those craft beers will be distributed nationwide. AB InBev, in return, gets the opportunity to squeeze its way into the craft beer market (which is becoming more profitable and more influential by the year). It’s a beneficial deal both ways...

...Even though those bought-out microbreweries technically can’t call themselves “microbreweries” anymore, because they aren’t independently owned.

...And even though beverages like Budweiser Select 55 and Bud Light Lime Straw-Ber-Ita are probably as far from “craft beer” as you can get.

None of this matters -- because AB InBev’s plan works:

Yep, Anheuser-Busch owns allllll of that. We’ll wait while you think about all the times you’ve proudly purchased a “Three One Two” ~microbrew~ at the bar, watching your amateur friends stammer out “just a … Buh...whatever-light.”

Ahhh, that sweet smell of craft beers and corporate profits.

Mkay. Now let’s look at why Elysian and AB InBev have a bit of a problem on their hands:

First, Elysian Brewing can no longer be considered a craft microbrewery once it’s officially owned by AB InBev. This distinction may not make much difference to the casual beer drinker, but it's the difference between supporting a local business with local interests, and supporting a huge corporation that just wants to make money. It’s the difference between making each batch of beer by hand; finding out that some experimental batches are actually borderline undrinkable; sleeping in the brewhouse to make sure that your one last attempt doesn’t blow up -- and brewing beer with ingredients that are measured out perfectly, and with results that are tested in labs.

I think it’s fair to admit one thing: the fact that huge breweries like Budweiser and Coors are capable of producing the exact same product each year is pretty impressive. You can go to a bar in NYC or a bar in LA, order a Bud Light, and know exactly what you’re getting. When it comes to taste, macrobreweries aren’t interested in playing a guessing game.

But consumers who opt for craft beers don’t necessarily want the same exact thing every time. They respect that microbreweries have limited distribution, that most of the beers are seasonal, and that the “same” beer can taste completely different each year.

AB InBev, a company that produces the most corporate beer that has ever corporate beer’ed, is now in charge of producing and distributing a beer that essentially screams “Hey AB InBev, you’re the worst.”

Elysian co-founder and head brewmaster Dick Cantwell has stated that the brewery will continue to produce LOSER, "with all its irreverence and irony. Jokes can have many layers, after all."

It appears that AB InBev was not so quick to acknowledge the predicament. Perhaps it was just too busy getting the Budweiser Super Bowl ad in order… but maybe this is a sign of the corrosive relationships that will result from the partnerships dictatorship that Anheuser-Busch is creating. Maybe AB InBev, and its main macrobreweries, decided that they just don’t care to get involved in petty brand arguments.

....is probably what the Anheuser-Busch marketing team was thinking when it aired another commercial for the 2015 Super Bowl 2015:

Hey A-B! Maybe you should do some research befo... (Gourdgia on My Mind Pecan Peach Pumpkin Amber) https://t.co/1VAvVY5Bjw

Let's be honest: Elysian Brewing isn’t likely to collapse because of this decision. AB InBev will give the brewery more distribution and marketing resources than it would ever have as an independent company. But craft beer fans across the country are not happy, and many have denounced the brand entirely.

And as far as Budweiser goes, dedicated beer drinkers have voiced their dislike for the company even more than usual.

Cheers to @MatadorGrill in #FortCollins, #Colorado for pulling #Budweiser from their shelves in favor of #craftbeer https://t.co/oZQhMiLVXF


Can we really say that Elysian is abandoning the craft beer scene just because it saw an opportunity to grow financially?

Is this going to impact Elysian’s brand negatively in the long run? Is it going to do… anything… for Budweiser’s brand?

How many microbreweries can sell out to big corporations before consumers start refusing to buy the product?

Personally, I have none of the answers here, but I’m pretty interested to see where this passive-aggressive brand battle will go. Multiple microbreweries have already produced parodies of Budweiser’s commercial, and Elysian’s co-founder Dick Cantwell has already publicly criticized the commercial. This sort of animosity isn’t widely accepted in the craft beer industry, where small breweries support and respect each other, and craft beer consumers are becoming far too educated to fall for shoddy marketing schemes (e.g., Budweiser’s “Beechwood aging” process adds absolutely no additional flavor to its beer at all).

Beyond taste, what makes #craftbeer great?Most likely, neighbors are brewing your beer, donating $ in your town & care to know u. #community


So now I’m returning back to my first question: Which company made the biggest mistake -- Elysian or AB InBev? It’s your turn to decide.