What to Expect from Google’s June 2019 Core Algorithm Update

We have some analysis of the big SEO news regarding Google’s broad core update that dropped yesterday. There have been three core Google algorithm changes that dropped in the past 12 months. Let's walk through each one so we can understand how this update fits into the bigger picture.

How is Google’s June 2019 Core Update related to other recent core updates?

It is important to understand past core updates from the last 12 months and use them to help us predict the expected impact of June’s core update.

Google’s "Medic" Core Update dropped in August of 2018. Although most sites were unaffected, for those that were affected it was jarring, to say the least.

Who was impacted? The SEO community designated this core update the "Medic" update due to its disproportionate impact on sites in the health services industry. Here is a list of the kinds of sites that were affected. Note that not all of them are in the health industry.

What was the impact? Sites with low EAT (Expertise, Authoritativeness, and Trust) scores were negatively impacted. When asked how an affected site could recover, Google told us to “make great content” and pointed us to their Quality Raters Guidelines. 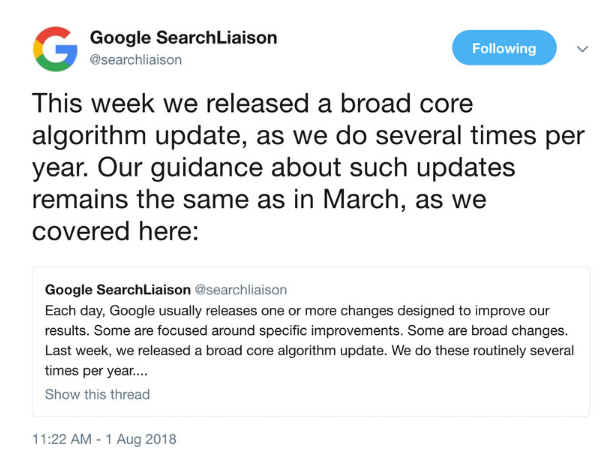 It is not hard to figure out when the March 2019 Core Update dropped. It is interesting to note that Google responded to feedback and started naming its core updates. 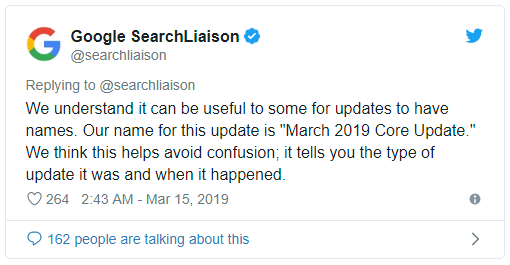 What was the impact? Back in March, we noticed that several campaigns at Semify exhibited results similar to the dentist site in the image below.

This dental client received a huge lift from the Medic update in August of 2018 and a subsequent loss in traffic after the March 2019 Core Update.

Here’s the weird part. Google provided the same recommendation for both the Medic update and the March update. Why is that weird? Because one update largely reversed or at least mitigated the impact of the other.

We grabbed this from a Search Engine Land piece written about the March Core Update.

Google took a similar position after the Medic update in August of 2018. 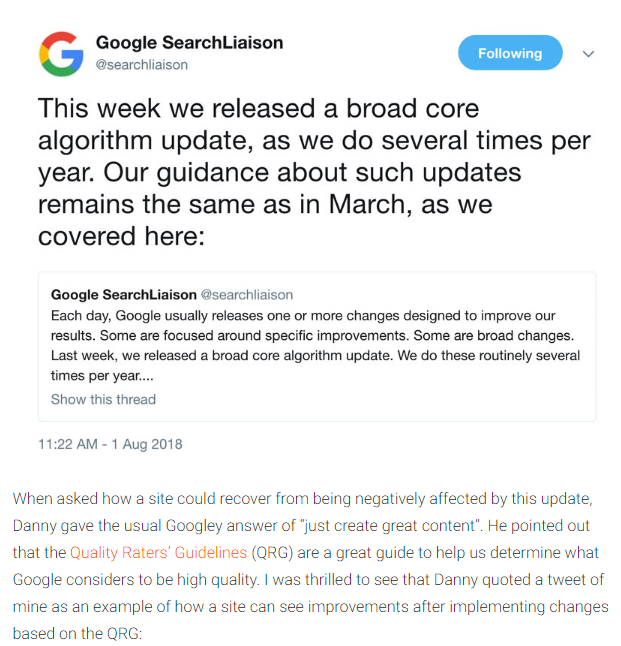 We have combed through Google’s communications as well as pieces from Search Engine Land and Search Engine Journal to help our community better understand this update.

Here are are the major points to understand about the June 2019 Core Update:

Now it’s your turn. What advice would you give to help affected sites?