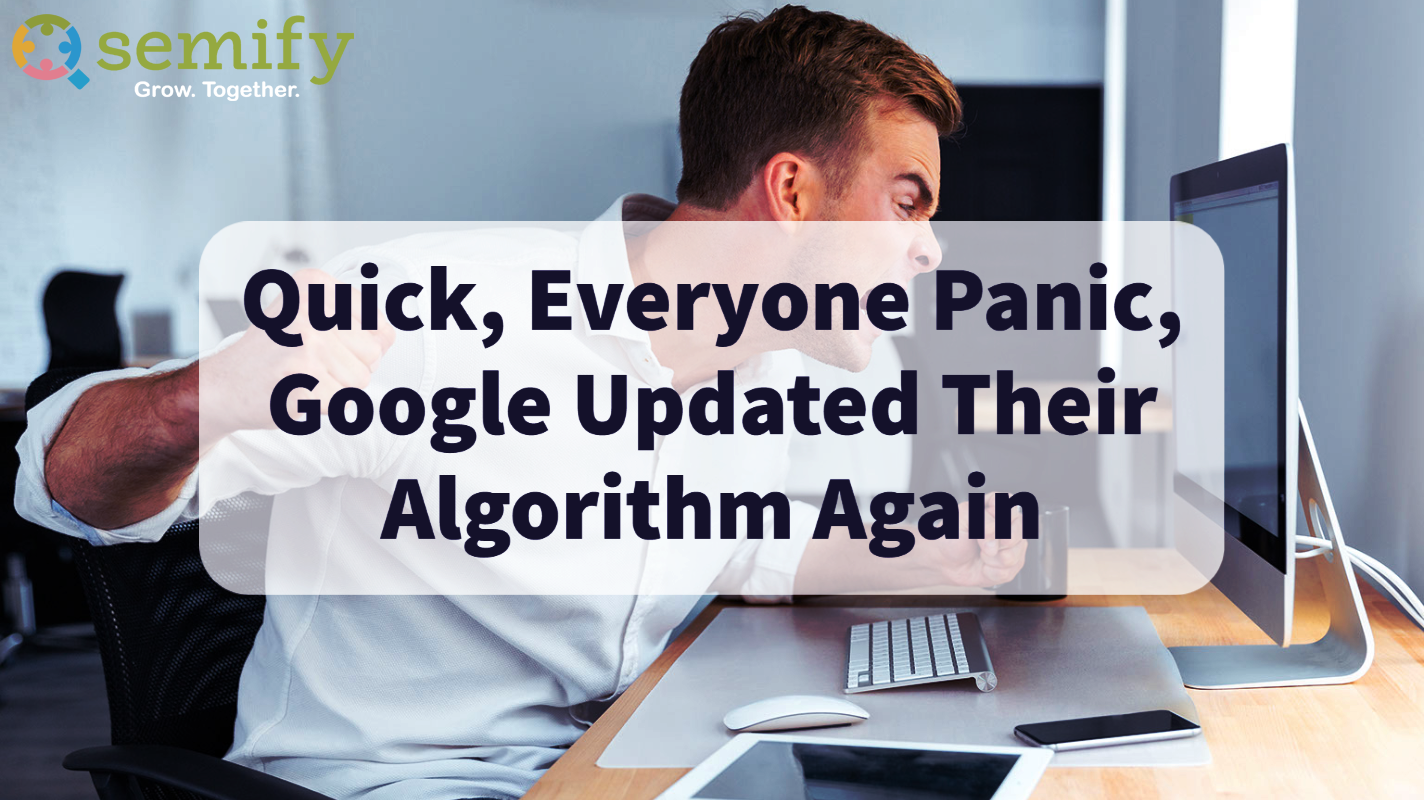 Earlier this month, the marketing world began to see some signs that Google was implementing an algorithmic change. Naturally, when Google's updates become noticeable, we're quick to analyze what's going on and climb inside the brains of Google's engineering department. In an attempt to break down the pieces of an update over which we have little control, there can be a whole bunch of panicky conjecture. Let's not do that.

Google updates its algorithm hundreds of times every year. Most times we don't even notice anything different. Sometimes, those changes affect site owners substantially, like with Florida Update 1, Panda, and Penguin. This most recent update, which was finally confirmed March 14, was first being called Florida Update 2. The name itself caused a little drama because Florida Update 1 shook the foundation of SEO as we knew it back in 2003. With this update coinciding with a similar timeframe as Florida Update 1, they opted for Florida Update 2, but have since officially renamed it the March 2019 Core Update. Not really offering a clear description of what the changes would do, Google simply called the update a broad core update. Vague enough for you? In this instance, their vaguery lets us know that the update isn't going to be earth-shattering, but still deserves ample attention.

This is important to note. Where massive algorithmic updates might be comparable to a surgical operation, broad core updates might be seen as preventative care. The March 2019 Core Update is aimed at better interpreting how Google's own search algorithm understands the billions of search queries people make on a daily basis.

It may sound strange, but the March 2019 Core Update is Google improving their own UX. Their user base is worldwide and good user experience on the world's most used search engine is displaying the best results possible to the people searching. Further bridging the gap of understanding between user intent and algorithmic understanding. How do we adapt to that?

"We suggest focusing on ensuring you're offering the best content you can. That's what our algorithms seek to reward," tweeted Danny Sullivan via @Google SearchLiason.

Keep your content strong, engaging, and relevant. As long as you're sharpening your content constantly and pinpointing what users want to see and find, weathering broad changes like the March 2019 Core Update will be little more than a blip on your radar.