Inside the Strategic Mind of SEO Superhero dotCom

In the early days of Semify, Chad Hill, CEO, did it all—sales, link building, keyword research, (lots and lots of keyword research), PPC campaign management...you name it, he did it. It was during a grueling keyword research session that things took a frightening turn. Very frightening. A terrible accident. As it turns out, it was one of those happy accidents. The incident brought forth the very special powers of SEO Superhero, dotCom. 3 AM. Keyword Research. Spilled Coffee. Then this happened: 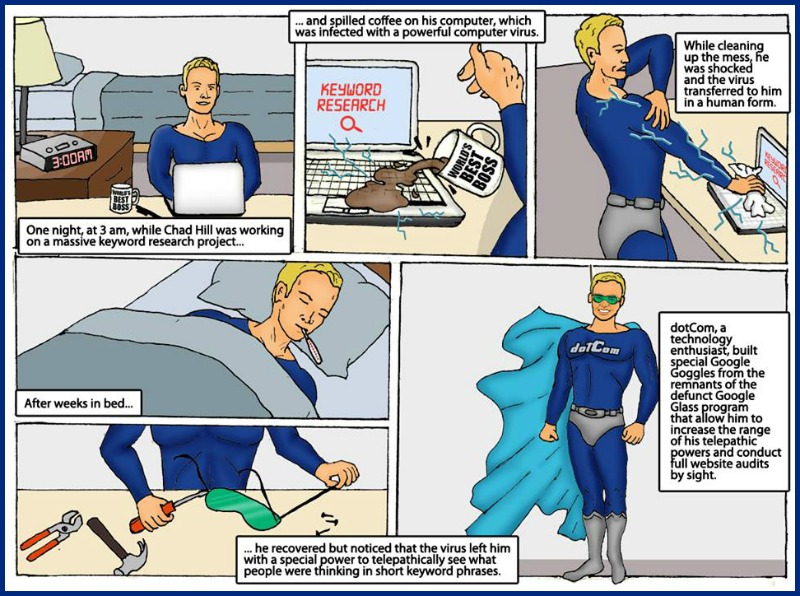 "I’m a consultative sales guy and I’ve always had success in doing some up-front work to show my strategic skills and paint a picture of how we can help." - dotCom When dotCom and The Flash Drive introduced a white label SEO reseller program, things really took off. Though he now had impressive superhero powers, dotCom did not forget where he came from. He felt the SEO resellers’ pain because he’d been there. He knew closing deals was not easy. He developed a strategic website assessment that helped make SEO resellers more effective at closing deals. Before he rolled it out, he tested it to make sure it would work. He didn’t stop there. dotCom produced a webinar and trained SEO resellers how to use the new tool. As the years passed, more SEO Superheroes joined dotCom and The Flash Drive and as a team, the SEO Superheroes became known as the Guardians of Main Street. 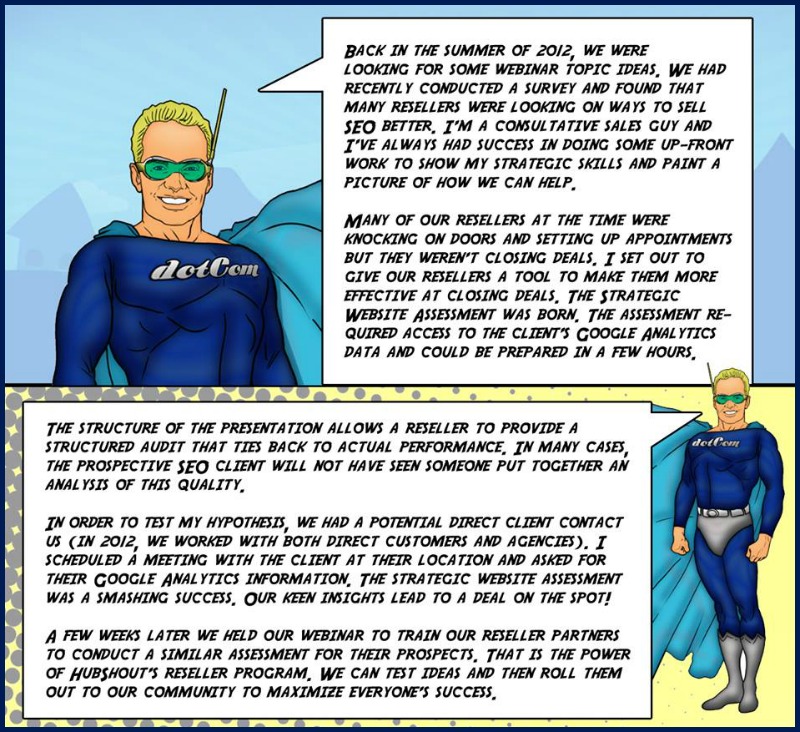 Like all Superheros, dotCom has strengths and weaknesses. Even though he is a very strong and commanding superhero, with the rare powers of keyword telepathy and sitescan x-ray vision, he can go completely off the rails if he doesn't get enough sleep. He's also pretty tall, as superheroes go, and when the person in front of him on an airplane slams the reclining seat into his knees, his powers begin to wane ever so slightly. (Despite that oversized, unwieldy cape, dotCom cannot fly.) 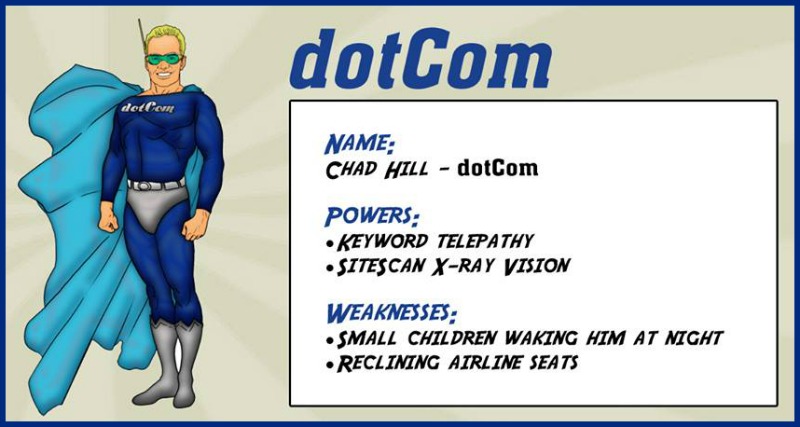